Next month, the Affordable Care Act will enter its fifth year of existence. But the first four years have been rocky with 24 changes or delays made to the law since it was signed in 2010.

These changes bring to mind the game Jenga, in which players remove wooden blocks from the bottom of a carefully constructed stack and balance them on top. Eventually, the players run out of lower blocks to remove and the entire pile crashes.

Likewise, each shift of the ACA further removes it from the well-intended goal of making health care affordable and accessible and fails to address the real problem – out of control health care costs.

This infographic lays out the 24 ways that government officials have effectively pulled from the bottom of the ACA structure and placed them atop an already teetering law, the latest came last week  and further delays the employer mandate. 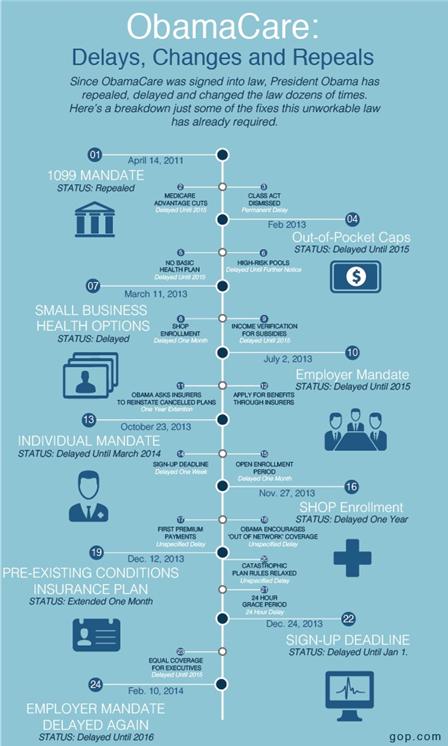