Russia Threatens Eastern Europe and “Our” Prices Go Down

The Crimea is occupied and now formally seceded after taking a referendum vote under the gun. We have the type of cold war tension between Russia and West that we thought was only for the history books. So while those who believed the PR around the Olympics about a more modern and open Russia may be surprised the big surprise is the reaction of the oil markets. More importantly I think it is the reaction of “our” oil market here in North America that reveals the most about how much things have changed in the past five years.

Below is a price chart on Diesel fuel for yesterday from DTN, the first trading day after the Crimea vote, notice the opening direction. 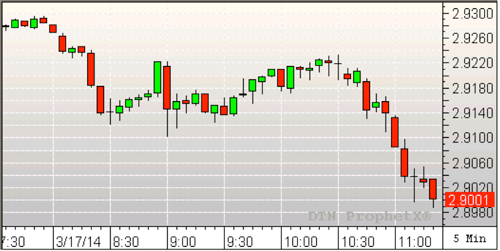 Any suspected or perceived risk to global supplies and movements was more than enough to cause a run up that in many cases derailed economies, especially economies in a state of fragile recovery from deep recessions.

So with the US economy showing real signs of healthy growth for the first time since the financial crisis it is refreshing and surprising to see just how different things are now. What a difference 3 million barrels a day in new US production really means to both the world and to all of us living in North America where “our” oil business is now truly different if not yet fully independent from the global market. 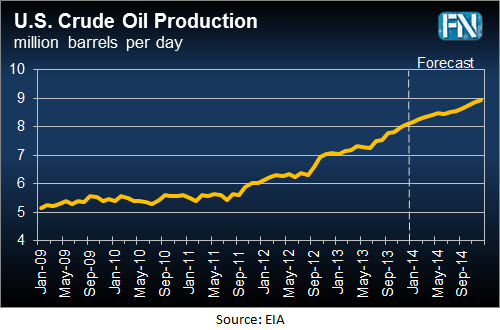 So while the talking heads will decry the decline of American power and worry about our security, lets remember what our energy industry has done to improve our security. We can now pursue economic sanctions to punish Russia’s behavior without punishing our economy and we can do so without spending blood and treasure on military action.