Job Creators Network Foundation is a nonpartisan organization founded by entrepreneurs like The Home Depot co-founder Bernie Marcus who believe the best defense against bad government policies is a well-informed public. JCN advances this mission through the Employer to Employee education program (E2E).

JCN’s nonpartisan E2E program is strictly focused on empowering individuals through basic public policy education. JCN strongly supports the right of every employee to empower themselves with as much public policy information as possible, and more importantly the right of every individual to think for themselves and make their own private decision regarding what to do with that information.

JCN does not and will not endorse candidates, political parties nor partisan organizations created to advance the election of candidates. 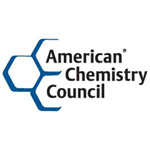 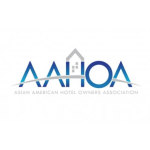 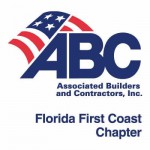 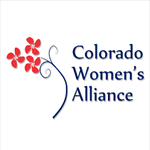 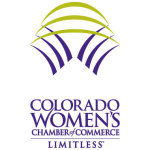 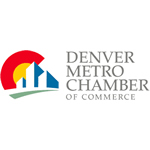 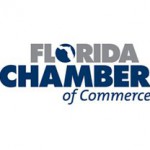 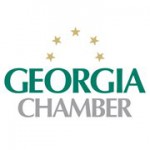 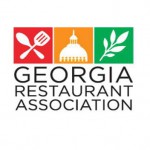 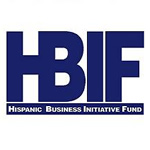 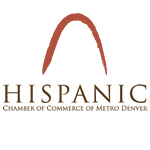 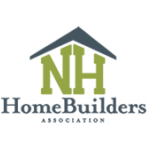 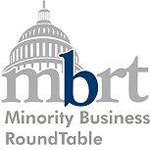 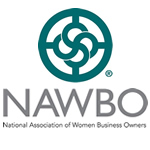 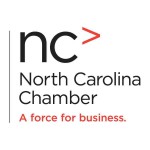 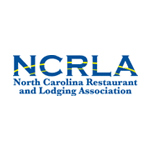 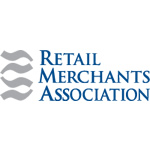 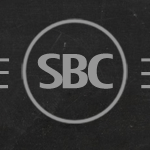 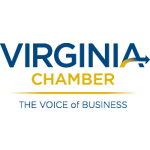 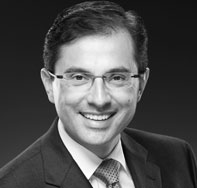 Alfredo Ortiz is the president and CEO of the Job Creators Network, where he leads the defense of small businesses from the onslaught of bad government policies. He is a frequent commentator appearing on cable news networks including Fox Business and CNBC. His writings also regularly appear in national outlets, including The Wall Street Journal, USA Today, CNBC and The Hill.

Born to immigrants in Southern California, Alfredo witnessed his parents fight for their own slice of the American Dream. Starting at an early age, Alfredo recognized the importance of job creation and economic opportunity.

In his youth, Alfredo studied economics at Pomona College and received his MBA from the University of Michigan. He knew that he was lucky to live in America and decided to pursue the sort of success that can only be realized in this country.

After going to school, he spent some time as a corporate strategist at a number of Fortune 500 companies, including Georgia Pacific and Kraft. He later began working with CSM Bakery Products’ Food Service Division, where he became vice president and oversaw a five-fold increase in national account penetration.

In 2014, Alfredo became President and CEO of the Job Creators Network. In his role, he advocates on behalf of small business job creators in policy debates throughout the country. Not only has he testified before legislative committees about taxes and regulation, but he also frequently appears in the opinion sections of newspapers across the country taking his small business advocacy message directly to millions of Americans.

Of note, Alfredo led JCN’s efforts that helped pass the historic tax cuts bill of 2017. Working with former Speaker of the House, Newt Gingrich, JCN focused and directed grassroots members and the business community to support Congressional leadership and include small business owners in the tax cut bill. JCN sent more than 550,000 emails to Congress and ran a multi-million dollar media campaign to support the bill.

Alfredo saw the value of the American Dream and chased after it. Now, he wants to make sure every small business owner has the same opportunity to make that dream a reality as well. 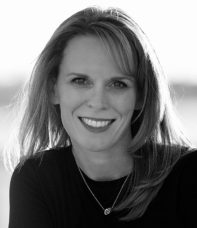 A graduate of the University of Central Florida, Elaine studied business administration. After graduating, Elaine spent time as the Public Relations Manager for Chrysler where she honed her skills and learned to expertly interact with the media and wider public.

As she learned the value of entrepreneurship and realized the amazing opportunity she has as an American to pursue her own dreams of success, Elaine became an independent consultant, specializing in areas including public policy advocacy, media strategies, and crisis communications.

While working as an independent consultant, Elaine interacted with high-profile clients like 5-Hour Energy, but also spent time with small business owners. It was during this time that Elaine began to have a deeper appreciation for the vital role small businesses play in the American economy.

Elaine uses her experience to educate other people on some of the most important aspects of the American government and economy. In her role with the foundation, Elaine oversees the media strategy of campaigns launched by the organization. The most recent initiative is Healthcare For You—a multifaceted campaign pushing for a free market, choice-based healthcare reform framework.

Today, Elaine continues to educate the American public about the vital role that small businesses play in our economy, while also advocating for policies that will allow entrepreneurs across the country to grow and thrive. 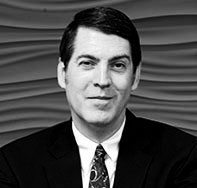 Phil is responsible for the financial planning and management of JCNF to ensure that the organization is being operated within the guidelines set forth for a 501(c)(3). This includes short and long term planning to insure JCNF has the necessary resources to meet the goals and objectives of the organization.

Phil has a strong, diverse background in non-profits, service industry and manufacturing. He has over 25 years of senior financial leadership at the corporate level for companies such as Celanese, Terex Corporation, Reliant Worldwide Plastics. 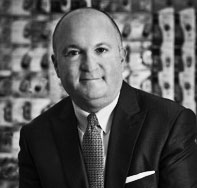 In 2007, Scott was recruited by the CEO and Board of Directors of Home Diagnostics, Inc. to re-energize and organize the company’s fragmented sales and marketing department, as Senior Vice President. During the next three years, he engineered the company’s turnaround, leading to its acquisition by Nipro Corporation at 5 times trading price.

In 2010 he was named President of Nipro Diagnostics, Inc., a subsidiary of Nipro Corporation, formed in the merger of Home Diagnostics Inc. and Nipro Diabetes Systems, Inc. (Now called Trividia Health following Nipro’s January 2016 acquisition by Sinocare Group.) He subsequently led the company’s post-merger and integration activities, while providing leadership and direction to the diagnostic, OTC, insulin delivery, pharmacy, and pharmaceutical divisions. As chief strategy architect for the strategic plan, and lead builder of new revenue platforms for the company, Scott has led his team to deliver 8 consecutive quarters of earnings, revenue, and double digit market share gains, while holding the spending line, and competing against J&J, Bayer, Roche and Abbott.

Scott’s earlier career was marked by continuous promotion into leadership roles as a result of his success in new product launch, sales and sales management, and team building. At Novartis, he served as Territory Manager of the Professional Products Group in 1988, and was promoted to become the group’s Senior Sales Manager in 1991. He later became Market Manager of Novartis’ $1 billion medical device and OTC business. He joined Allergan in 2001, leading sales and national account teams as Zone Manager of the $1 billion pharmaceuticals and OTC products division. He was promoted in 2002 to U.S. Region Manager of Advanced Medical Optics (A.M.O), a $515 million Allergan spin-off that he had helped established as a stand alone, fully integrated pharmaceutical and medical device company.

In 2004, Scott was recruited by the President and Board of Directors of EyeTel-Imaging, Lilly Joint Ventures (a joint venture of Eli Lilly, Johns Hopkins, and Bain Capital), to rebuild and launch North American sales, marketing, and reimbursement teams, as Vice President of Sales and Corporate Vice President. Over the next two years, he negotiated licensing and co-branding agreement with Neurometrix, created the strategic plan and budget for the company’s launch into the Ophthalmic diagnostic and Optometric markets, and positioned the company for its eventual sale to Neurometrix.

In addition to his role with Trividia Health, Scott is chairman of the Board of Directors of Applied Sciences Corporation. He also serves as a National Marketing Committee member on the Board of Directors of Prevent Blindness, and as Finance Director and Marketing Committee Member for the Juvenile Diabetes Research Foundations. With a bachelor’s degree from the University of Tampa, Scott resides in Parkland, Florida with his wife and two children. 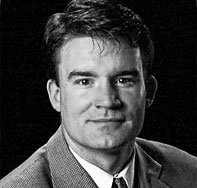 Doug Haugh is the co-founder of Fuelquest and the President of Parkland, USA, the American branch of the Canada-based fuel supply and retailing company.

At the age of 15, Doug had his first foray into the professional world, when he began working at a local sporting goods store in his home state of South Carolina. This early professional experience was a sign of Doug’s ambition. Later, he became the first in his family to attend college—an achievement that also came with a lot of pressure to succeed.

Doug took this pressure as a challenge—being offered the highest salary out of every student in his graduating class. After graduation, he moved to Houston to work for Exxon.

Eventually, Doug decided to leave the corporation and move to San Francisco to follow his desire to build something of his own. Along with a co-founder who left NASA, he founded an early internet company that provided a supply chain solution for fuels, as well as providing a tax management platform for the world’s largest energy companies.

Doug’s business was one of the few that came out on top after the dot-com bubble burst.  In 2007, he sold the company and he and his wife Athena started a family.

Over the next decade, Doug settled down in Atlanta, but didn’t let up on his entrepreneurial drive. While in Georgia, he lead the growth at a small company that expanded into a $10 billion enterprise.

After those ten years of very rapid growth Doug and his family were once again on the move—returning home to Charleston, South Carolina in 2017 where now with Parkland Doug has opened offices in not only Charleston but also in Houston, Denver and Salt Lake City.  The company has more than tripled the business from 300 employees to over 1000 in his first year. It took many years, unwavering dedication, and a lot of moving around, but Doug’s story shows that in America, even a first-generation college graduate can make a big splash.

As a member of the Job Creators Network, Doug appreciates the chance to highlight the opportunities and success stories that the free market makes possible. Supporting the organization helps ensure others will have the same opportunities he’s enjoyed. 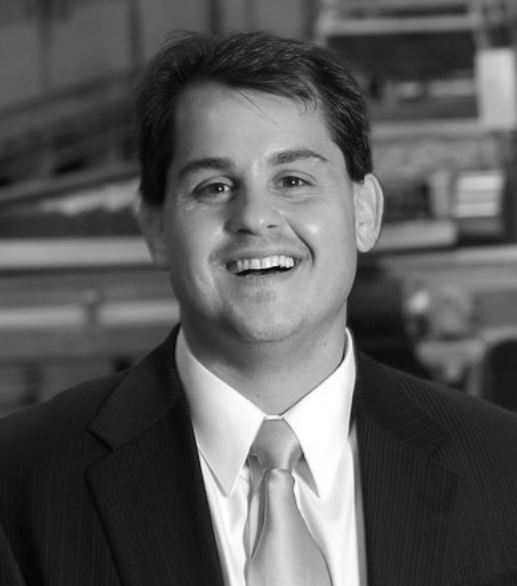 Joseph Semprevivo is the founder and CEO/President of Joseph’s Lite Cookies, a sugar-free cookie and pancake syrup business with international reach. He is also the bestselling author of Madness, Miracles, Millions. In addition to being an opinion columnist, Joseph regularly appears on cable news networks to discuss tax policy and other issues. He is a professor of business, finance, insurance, marketing, management as well as real estate at Indian River State College. Joseph lives in Vero Beach, Florida with his wife and seven children.

Joseph’s story is one of success and the American Dream. As a nine year-old in New Mexico, he was diagnosed with Type 1 diabetes and learned he would have to resist his sweet tooth for the rest of his life.

In 1986, Joseph’s parents first experimented with sugar-free baking—making their son a sugar-free oatmeal cookie. From that day on, Joseph knew he was destined to follow the American Dream in his own unique way: he would found Joseph’s Lite Cookies and one day share sugar-free cookies with other diabetics and cookie-lovers all over the world.

Joseph wanted to be involved in the free market from a young age—first bringing in candy bars to his school and selling them for a profit. In high school, he started promoting the Joseph’s Lite Cookies brand, often bringing his friends along with him to demos on the weekends. And for six years, Joseph’s Lite Cookies regularly appeared on QVC—selling 3.6 million cookies on the first day they appeared.

He went on to receive a Bachelor of Business Administration from New Mexico State University and a Master of Science degree in International Real Estate from Florida International University.

From a young age, Joseph worked hard to achieve the American Dream. But he’s also done much more than that: he’s made life for the millions of Americans living with diabetes both a little better and a little sweeter. Today, Joseph wants to use his accomplishments and work with JCN to make sure other Americans have the same opportunity for success.